Happy Monday!  I know that I promised I would blog about my second Green Chef meal last week, but life got in the way!  It has been a fairly busy couple of weeks, so I promise I will be catching up!  This weekend my boyfriend and I test drove some cars.  I am not currently in the market for one, but I totally found my “mom car” for later on in life.  And yes, it’s a Subaru.  I swear you will never feel so safe in a car as you do in a Subaru.  We test drove a different model than the one I would want, but I definitely almost fell asleep while we were out on the road because I was so comfortable (I was not driving, of course).

A few weeks ago, I took Lollie in for her annual teeth cleaning.  I received a call from the vet saying that six teeth needed to come out.  All four of her little top teeth and two of her bottom teeth, which looked like they were going to come out on their own.  I learned that domesticated dogs don’t typically use their front teeth to eat, which is why they were in such bad shape.  The front teeth are used to catch prey.  Prey to Lollie is probably a fly and “catching prey” is not her talent.  She is like the Super Bowl and has a seven second delay anytime a fly buzzes by her head.  Anyway, the top teeth were pulled.  I’m not sure if she just ended up pulling those two bottom teeth or if they came out on their own, but she is now minus six teeth.  The vet warned me that she may stick her tongue out now without noticing.  I was devastated at first, because I didn’t want one of THOSE Chihuahuas, but I am now a changed woman after this weekend and these pictures.  I have only seen Lollie stick her tongue out twice now, but these selfies are priceless.  I love my little derptastic, toothless pup.

I will stop talking your ear off about mom cars and derpy dogs and get to the important stuff.  The second Green Chef meal I cooked was Pan-Seared Steak with Crispy Shallots, Roasted Root Vegetables, and Argula with Tarragon Vinaigrette.  I still love how adorably organized all of the ingredients are.

Like the first recipe, all I needed to have on hand was olive oil, salt and pepper, and tin foil. 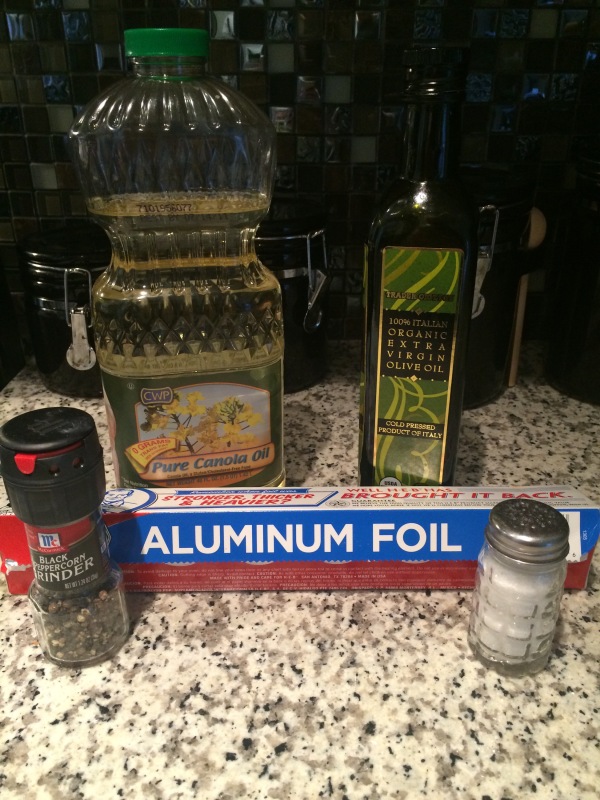 The first step was to cut up these beautiful carrots.  Have you ever seen a carrot this beautiful?  Or even a purple carrot at all?  It was almost too pretty to eat!

The next step was to cut up the turnip, which I’m afraid is not a vegetable you would often find in my home.  I am not even sure I have ever really eaten a turnip before.  The directions for cutting up the carrots and turnip involved some sort of fancy diagonal cut.  I could not figure it out.  It tasted the same.  I am not concerned about the fact that I lack culinary genius slicing skills.

I then tossed the carrots and turnip with salt, pepper, thyme, and olive oil.  I placed them in the oven for about 30 minutes to roast. 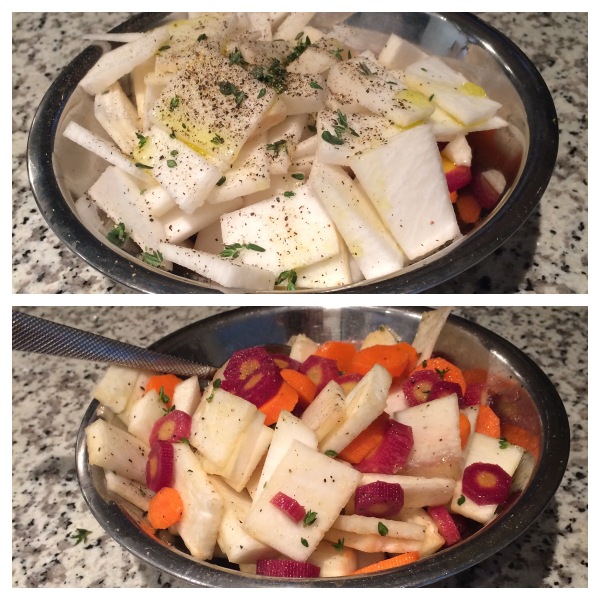 Meanwhile, I melted the organic butter in a pan for the shallots. 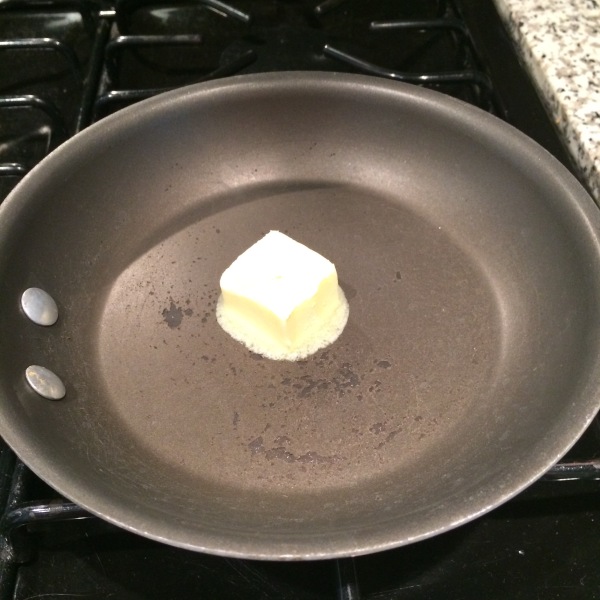 I cut up the shallots which was:

A. Not super easy or fun

B. Not at all the way the directions explained to cut them.  Again, seriously lacking in the culinary genius slicing skills, here. 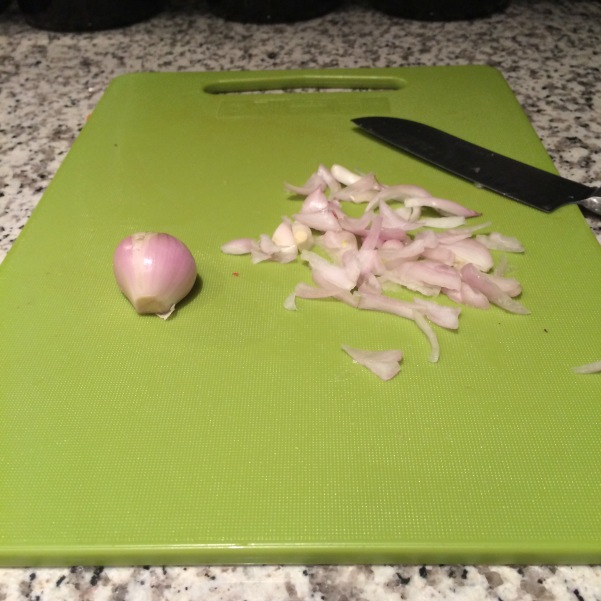 I sautéed the shallots in the butter.  Let’s be honest, this is the most delicious part. 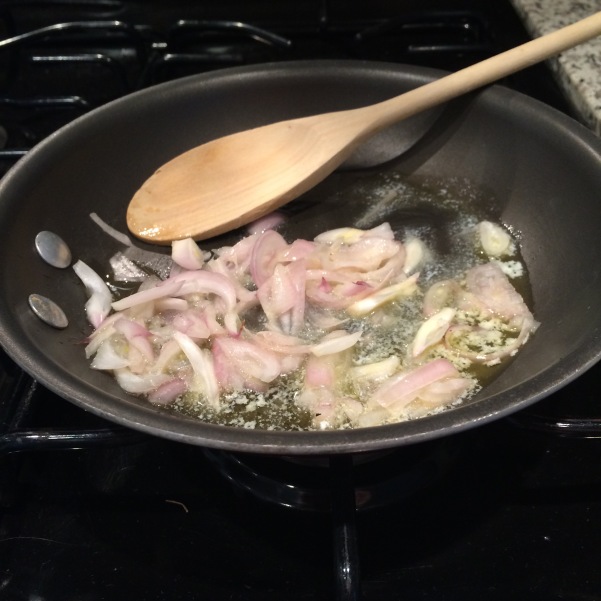 After they became buttery and translucent, I transferred them to a paper towel to “crisp”.  I’m not sure how well this turned out for me, but it was scrumptious nonetheless. 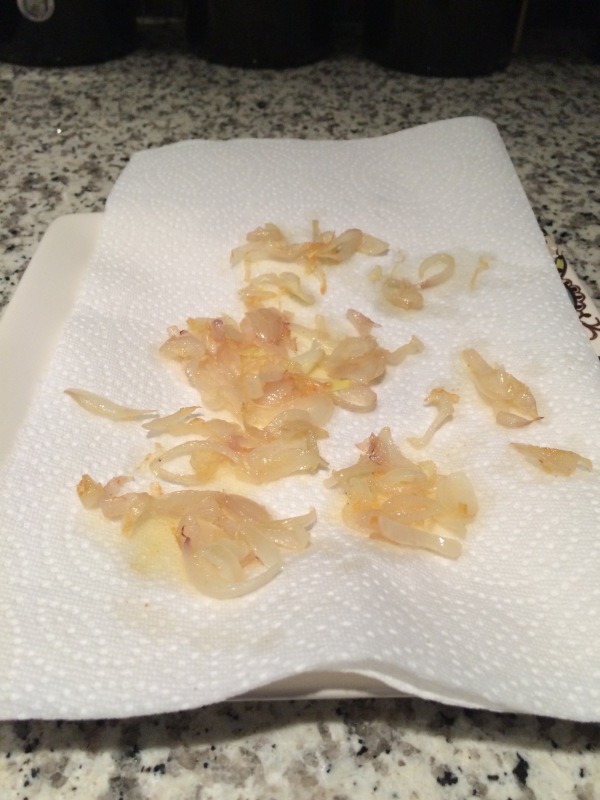 I seasoned the steak with salt and pepper and seared it in a pan with some cooking oil.  I think I overcooked it a bit, but steak is steak, ya know? 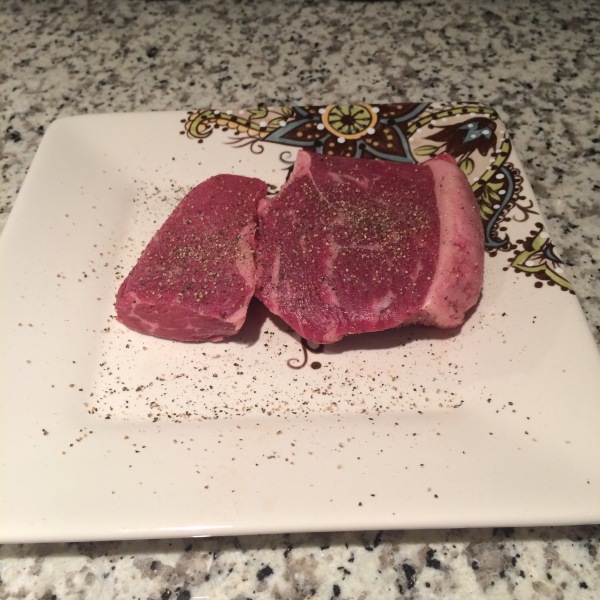 Then, of course, I brushed the leftover butter onto the steak… because why waste delicious butter? 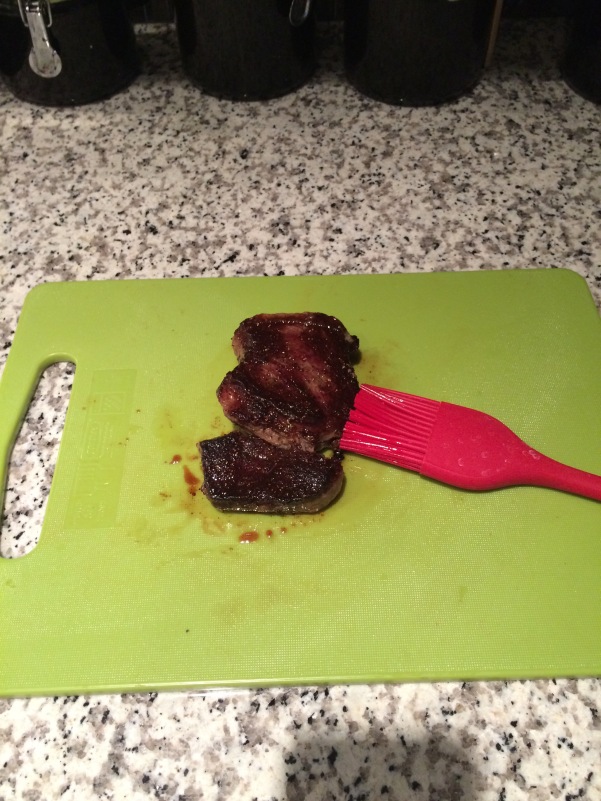 Lastly, I tossed the arugula with the Tarragon Vinaigrette (it has also been fun learning to spell this word).  To plate the dish, I placed the steak on top of the roasted root vegetables and topped it with the “crispy” shallots. 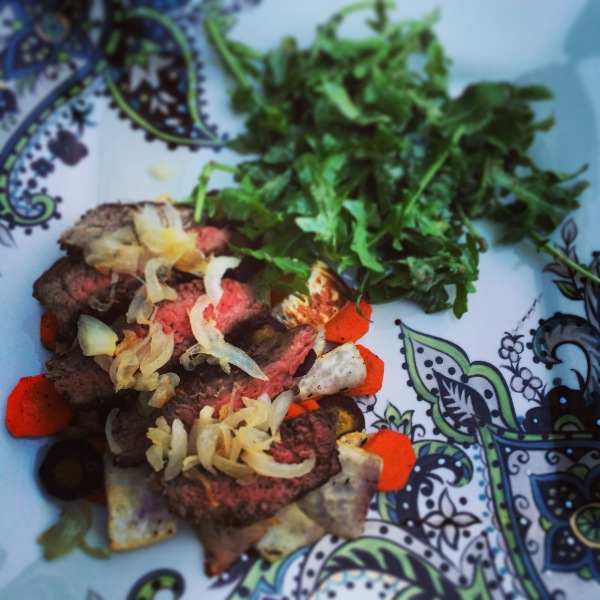 We enjoyed this meal al fresco that night.  I would say it was a success!